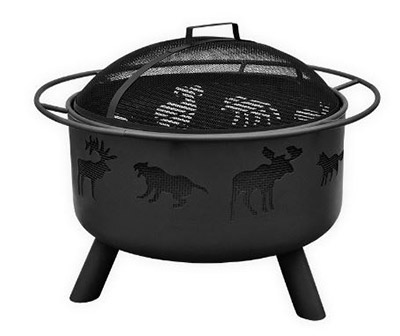 The announcement, made by EPA Administrator Scott Pruitt during a meeting with Georgia forestry leaders, signals an administrative policy shift that will treat all burning of biomass as carbon-neutral, according to an EPA statement.

"[This] announcement grants America’s foresters much-needed certainty and clarity with respect to the carbon neutrality of forest biomass,” Pruitt said in a statement. “Managed forests improve air and water quality, while creating valuable jobs and thousands of products that improve our daily lives. This is environmental stewardship in action.”

Members of Congress have made similar legislative pushes to recognize wood burning as carbon neutral. In 2016, a group of Senators tried to pass the policy change through larger bipartisan energy bill. More recently, a provision included in the fiscal 2018 federal spending bill unveiled in March urged the heads of the EPA and Energy Department to “reflect the carbon-neutrality of forest bioenergy and recognize biomass as a renewable energy source.”

“We are one of the largest manufacturing sectors in the nation, eager to strengthen the economy and boost U.S. job creation with the support of public policy that levels the playing field with competitors around the globe," Harman said in a statement. "This new EPA policy is an important milestone in implementing the Congressional directive to produce clear and simple policies and acknowledges the scientific record on the carbon neutrality of forest-based, renewable biomass."

The debate over the emissions for burning wood took center stage during the Obama administration's Clean Power Plan discussions, as they considered how to treat wood-burning power plants.

Scientists have long thought that burning biomass, including wood, does emit carbon dioxide pollution and that labeling it carbon neutral is not only inaccurate but could have long-standing negative effects on regulations meant to thwart climate change. But foreign countries have more recently looked toward wood-burning as alternative energy sources that could help to reduce greenhouse gas emissions.